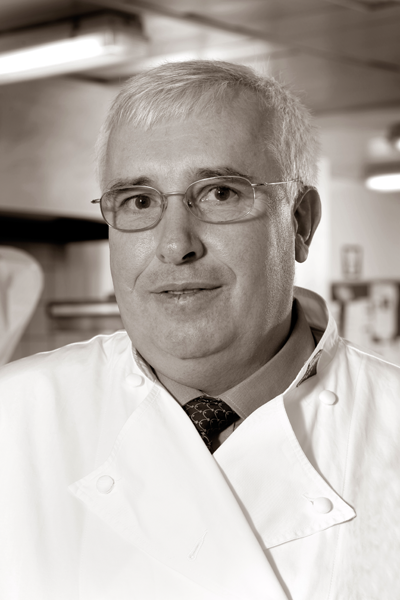 Michel was Executive Chef at the Hyatt Hotel in Brussels when he competed in the first Bocuse d’Or in 1987. By then, he had already won 1st prize in the Prosper Montagné competition (1979) and been named Best Chef in Belgium (1980), acquiring an experience and a culinary level that enabled him to reach the second step of the Bocuse d’Or podium.

After starting out at Chez Marius en Provence, his career path took him to a few of the very best Belgian dining establishments (l’Ecailler du Palais Royal, La Villa Lorraine, la Maison du Cygne…). It then developed in a positive way, mostly taking charge of restaurant teams at grand hotels (Ramada, Hyatt, Scandic Crown…). He has been involved in many operations abroad (London, Dubai, Miami, Stockholm…), particularly for the promotion of Belgian cuisine. Since 1997, he has been working in Brussels as Head Chef for Official Receptions at the European Commission, where he manages the official catering service dedicated to the President, Commission members and their guests, who enjoy the privilege of sampling a modern cuisine that has never forgotten its traditional roots. In 2012 he entered a well-deserved retirement and can finally devote himself to his other great passion – golf!