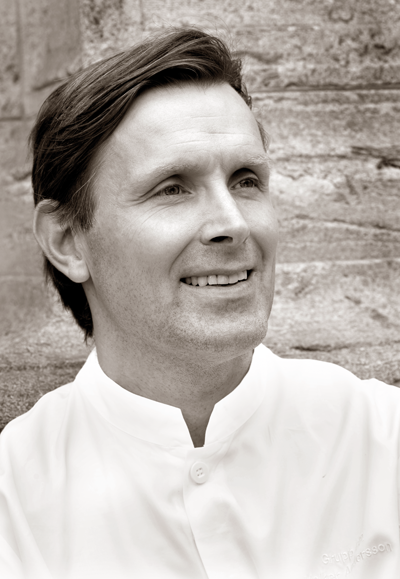 No one could have foreseen Melker Andersson becoming a chef, even though his mother enjoyed cooking! What’s more, his real love was skiing, both for the sport itself but above all for the competition. Although an excellent skier, he realised that he would never beat his compatriot Gunde Svan (a future world champion). Consequently, his interest in skiing was put on the back burner. Fortunately, his interest in cuisine took the upper hand, and his love of flavours, creativity, the influence of all the cuisines of the world, combined with his determination, would open up a fascinating career for him. After spending time in France, some of it at the Moulin de Mougins, he returned to Sweden and trained at various restaurants. In 1994, he opened his first establishment, “Fredsgatan 12” (Michelin 1*), which helped revolutionise Swedish cuisine. His modernism and very personal approach led to his being named Chef of Chefs in 1995. The 1995 Bocuse d’Or was to be a memorable competition worthy of this sportsman. With his broken leg in plaster, due to a fall in his kitchen, he nonetheless managed to mount the second highest step on the podium. He was awarded his Bocuse d’Argent in Stockholm, where he lost no time in launching projects to set up new restaurants that have all been very successful. He now runs 12 different establishments, each one based on a different theme. They are all thriving and he could be nicknamed “the Concept King”, given his gift for creating very different entities each with a distinct personality.