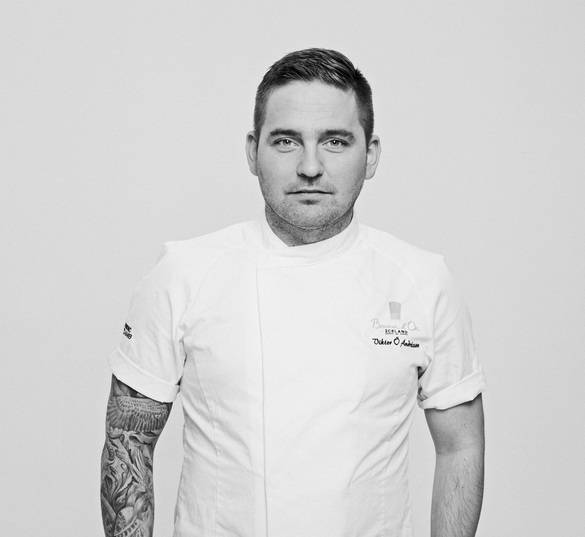 Viktor Andrésson is the second Icelander to climb the podium. His biography reflects the career path of a chef who was determined to make it: two participations in Bocuse d’Or, in 2005 as a second commis in the team and in 2009 as the direct commis of the candidate in the box, in 2009)

In Iceland, he was, the executive chef at the famous Blue Lagoon, which attracts people from across the world, eager to bathe in the naturally hot water of this volcanic island.

Ever since his success in the contest, he has taken the time to travel, an activity that he loves. Destination USA, Denver, where snowboarding helped him to recharge his batteries. He has visited many countries on the planet and still dreams of visiting more… This goal is on his “To do list”. True to his Icelandic blood, he enjoys nature and sport, the mountains and fishing of course. What’s more, once the fine weather arrived he often worked at the Langá Lodge, a fishing spot renowned for its excellent salmon. When it comes to the kitchen, he loves to cook whole pieces, whether it’s fish or chicken. When he goes out, “Street food” offers him the kind of enjoyable and exotic atmosphere he loves the best.

In 2020, eager to become a source of high quality products, he opened a butcher’s shop and fine grocery in Reykjavik: Saelkerabudin.