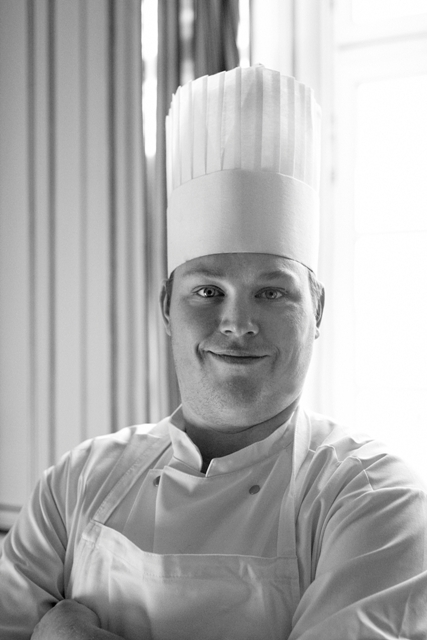 Born one January 1st, maybe that special entry into life gave Jeppe the energy that’s so palpable when you talk to him. And his mother doubtless played a role too. She was a cook in retirement homes and was quick to immerse him in the pleasures of steaming, aromatic saucepans. As a child he could stay for hours beside the stove, watching the preparation of simple, but oh-so-generous everyday dishes. By the age of nine, he was determined to become a cook. Jeppe opted to combine school training with a lot of hands-on practice, thanks to the Danish system, which leans heavily on apprenticeship. He started out at the Rosdalhs restaurant in Aalborg, then at the restaurant run by the Hôtel Brøndums in the beautiful Skagen region. While doing his military service, he experienced the joy of working as chef on the Royal Yacht Dannebrog. When he’s not cooking or scoring victories in a variety of cooking contests, Jeppe expends his energy through sport; fitness and biking mainly. He loves music and even played drums for several years, admitting to a special attraction to Caribbean music! On the travel side, he’s been a frequent visitor to France and Italy. Between 2013 and 2017, he took on the position of Chef at the famous restaurant Alberto.k, located on the 20th floor of a building overlooking Copenhagen. Since 2018, he runs the restaurant Kanalen. An old house, a warm, friendly atmosphere, very Danish. His style of cuisine? Naturally, there’s a Nordic touch to it, but for the most part he goes with a trend that is fairly open, and whose catchphrase is simply: the best products for drawing out the best tastes… In the beginning of 2021, he heads to the countryside to take control of the kitchens of the Dragsholm Slot castle.