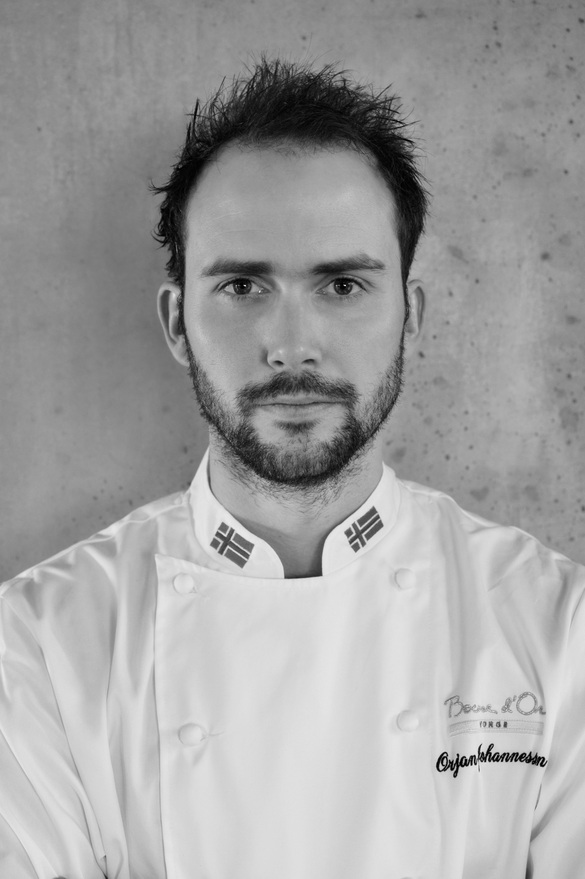 Ørjan presented his country with another medal in 2015. That victory at the Bocuse d’Or had nothing to do with luck: it was the outcome of sheer persistence. Since 2007, Ørjan has been working, training, and competing alongside the man Norwegian chefs view as the best coach of all: Odd Ivar Solvold. From 2008, he took part in all the national and European selections (with Geir Skeie, to name but one), which led him to the final in Lyon. A fifth place in 2013 revived his Viking determination, and he would return in 2015 to win! He once counted the number of hours devoted to the Bocuse d’Or. The answer: more than two thousand. He also cites the pleasant atmosphere created around him, support from his family, the team and his commis chef as his motivations.

After reaching the top step of the podium, Ørjan’s goal was to get back down to earth, rest and spend some time with family, including his fiancée Cecilie, who is a wine waiter. The two of them headed back to the hotel that his parents have managed for 32 years in Austevoll, south of Bergen: Bjekkjarvik Gjestgiveri. His twin brother, Arnt, has been the kitchen chef there for some time now and Ørjan is delighted to be going back to work for him, under his command. Another fine story of a family and a tightly-knit team.

When he isn’t working, like any Norwegian, Ørjan loves to play sports, particularly cycling and golf. And he is also preparing a book with Odd Ivar Solvoldhe that describes their impressive path in the competition world.