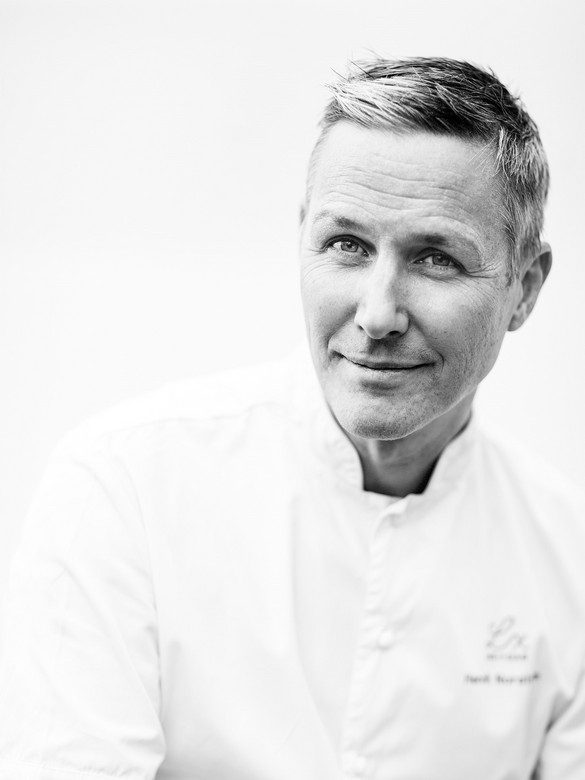 In 2013, he made some kind of revolution in his life when he decided to turn his Michelin stared restaurant into a daily food bistro namned Lux dag för dag (Lux day by day)! The aim: offer his customers ever changing cooking based on everyday supply of very fresh and strictly seasonal products. They buy whole animals that they use according to the principal of “no-waste”. A great innovation too was what he calls “walk through”, a kind of kitchen-shop. At certain hours, in the backyard of the restaurant, he hangs an “OPEN” flag meaning to all lovers of good products that they are welcome to come and fill their basket with very fresh products… and discuss with the team in order to get some cooking tips from professionals! The restaurant is located in a listed brick building, which was originally the company staff canteen for the Electrolux firm. The building is right next to Lake Mälaren overlooking Stockholm City Hall and beyond to the heart of the city.

Henrik’s second restaurant B.A.R. was opened in 2009. B.A.R. is a seafood grill which looks a bit like a fish-market (around 20 species every day; bought directly from the fish auction in Gothenburg). Customers choose their fish fresh (or fish a lobster in the aquarium!) and compose their own dishes from the grill, together with side orders and sauces.

2016, opening of Penny & Bill, a restaurant and cocktail bar combination where simple dishes are designed to match the cocktails.