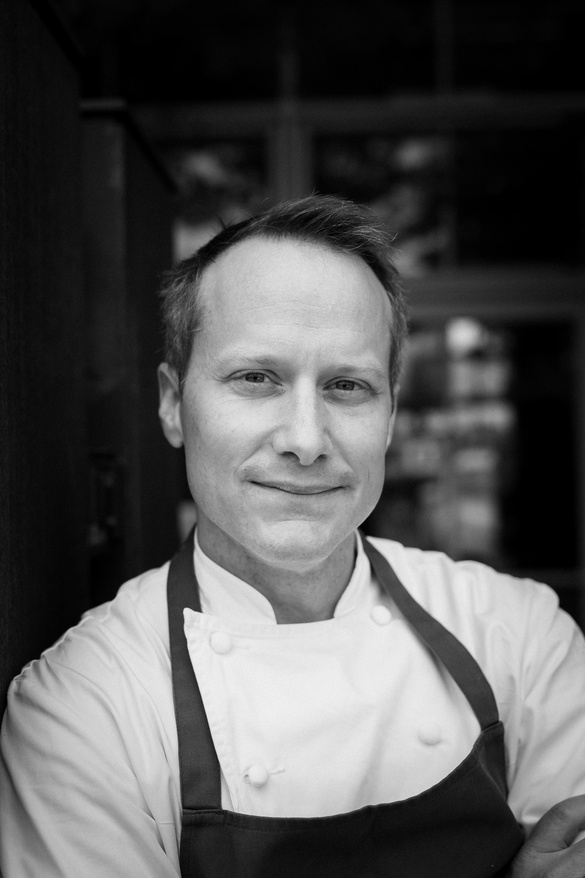 Philip was the very first person to put the USA on the Bocuse d’Or podium. That victory might have made him happy, but it didn’t make him lose his head. There is so much room for other things in his life, and he is constantly striving to satisfy his insatiable curiosity; always learning, always open-minded, working alongside the very best, to add to his knowledge of a profession that has kept on nourishing him. Philip claims to be a happy man. He grew up in Virginia, owes his last name to grandparents from Quebec, had a mother who worked a lot, got home late and opened the path to cooking for him through preparing the evening meals. What started out as a necessity for this 12-year-old who loved to eat, became a pleasure too: he discovered that he liked to cook. At the age of 16, he delved into the restaurant world for the first time: working as a waiter at a hotel in the region, the Williamsburg Inn, an “old-style” establishment where he acquired the basic skills and the notion of service. Then he was off to the prestigious “Culinary Institute of America” in New York to study cooking. That’s where he learned the basics of the profession, and it’s also where he met Rachel, a pastrymaking student, who would later become his wife and the mother of his children.

His career path would lead him to the Escoffier Room, to the Bernardin, and to Per Se. A few short but intense stays in France would complete his experience and his knowledge of French, working at L’Essentiel in Chambéry and the Moulin de Mougins. Next, Thomas Keller recruited him for the Bouchon Bistro, and he left New York in 2007 for California’s legendary Napa Valley. In 2011, he entered the kitchens of The French Laundry as executive assistant chef.

We all know the rest of the story: preparation for the Bocuse d’Or, with his commis chef Skylar Stover, supervised by his chef friends and supported by the Mentor KBK association.

Today Philip manges a number of projects, including one entrusted to him by the owners of the Press restaurant in St Helena, with the goal of giving the establishment a boost of energy. He dreams of opening his own restaurant one day; watch this space…

When he’s not in the kitchen, Philip is a big soccer fan, plays whenever he can, and since his stay in Lyon, he admits to keeping track of the Olympique Lyonnais team a little more closely! Since 2019 he has been the president of the Bocuse d’Or Winners.