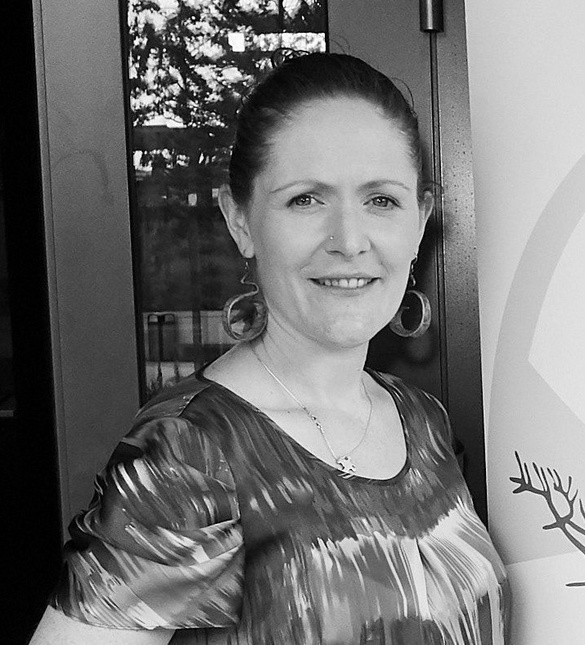 Abigail has always loved cooking contests. While still a culinary arts student at the Faculty of Tourism and Food in Dublin, she took part in the Bailey’s Eurotoque Young Chef of the Year, along with the famous contest organised by Gualtiero Marchesi in 2002… And most of all, she represented her country in the World Skills contest in South Korea in 2001.

So when, in 2003, her chef at the time at the Bang Café, Lorcan Cribbin, asked her to assist him in representing Ireland in the Bocuse d’Or, she didn’t even give it a second thought!

She took some powerful memories away from that experience: the intensity of the trial, the crazy atmosphere on D Day, the noise, the energy.

She returned to Lyon twice as a spectator, and experienced that same communicative enthusiasm.

Since then, the major steps in Abigail’s life have been managing her own cakemaking company for four years… and motherhood, which led her to find a pace of life more suited to family life.

These days, she is in charge of the administration of a major Irish event: Food on the Edge (www.foodontheedge.ie), a symposium bringing together players from the world of food and cooking to tackle a variety of fascinating subjects. She loves the job!

Her advice for commis chefs at the Bocuse d’Or: “Above all, don’t let yourself get destabilised. Know ahead of time that this is kind of a crazy event. Be strong in your respective teams. Play a role, don’t be shy, don’t stay in the background. Do everything you can to be seen as important.”