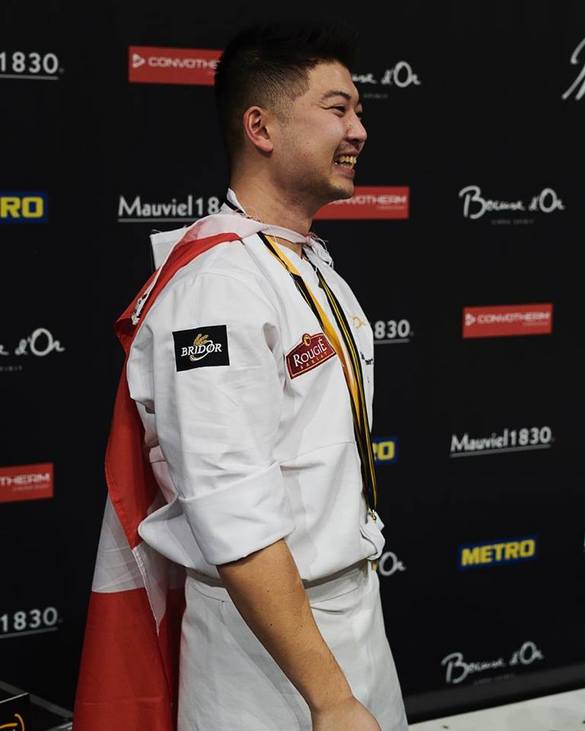 From the age of six, Christian used to pick blueberries and strawberries to make jams with his grandmother… and pancakes too! The love of cooking is thus born and develops. At 16, he entered a cooking school and became an apprentice.

His other passion, football, immerses him in competition and he loves it. It is therefore natural that he feels attracted by cooking competitions; he won the first at the age of 16, earning above all a huge dose of motivation to continue. But cooking remains above all for Christian a way to show creativity and express his feelings.

Meeting Rasmus Kofoed and Kenneth Toft-Hansen is the great opportunity of his life and he is proud and happy to have learned so much on the way to the podium alongside Kenneth. This experience allowed him to coach the Danish culinary team after the Bocuse d'Or.

His ambition in life: above all to move forward by telling himself that he is doing his best and being a good person; in his old age he wants to be able to tell himself that he did well and did not waste his life. This applies to his personal, friendly and family relationships but also to business. He created a beautiful catering company with such an evocative name: Babette.

But in a corner of his mind, the dream of competing in the Bocuse d'Or one day as a candidate this time still slumbers!